If today we think about fashion, the first Italian city that comes to mind is certainly Milan.

Milan headquarters of the biggest names in Italian fashion. Milan a place of “pilgrimage” for many influencers and bloggers, but … In reality, Alta Moda was born in Florence!

Perhaps many will know Florence for the famous fair of Pitti Immagine held at the Fortezza da Basso in two moments: in January and June. And where the most famous brands or even smaller, less known realities have the opportunity to present their must-have for the coming season.

The answer is linked to the birth of the magical and fascinating world of fashion.
It was the 50s when, in Florence, a group of Italian designers decided to organize the first fashion shows for American and British buyers who came to Italy to buy Made in Italy.

These magnificent fashion shows were promoted by Giovan Battista Giorgini and the designated place was the Sala Bianca of Palazzo Pitti.
A beautiful living room completely decorated with huge stuccos and chandeliers that for the predominance of pastel colors and white milk was called Sala Bianca.

Subsequently, given the great success of this event, the parades were moved for reasons of space at the Fortezza da Basso but the name remained that of the place from where it all started. 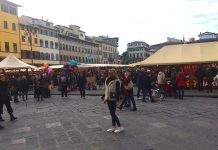 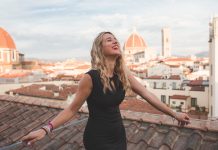 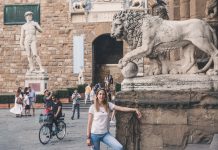 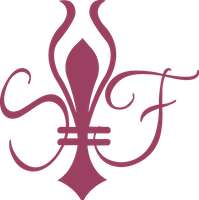